The Jones Library proudly announces Ilan Stavans and Levellers Press as winners of the Seventh Annual Samuel Minot Jones Awards for Literary Achievement. A gala event, the Sammys, will take place on Thursday, April 30, 2020, at 6:00 p.m. at Converse Hall on the Amherst College campus to recognize and celebrate the award winners.

For more information about this event, please read the press release. 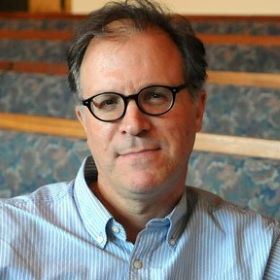 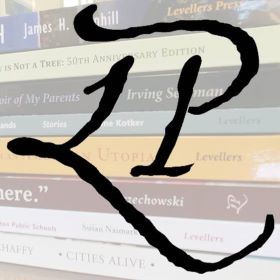 All proceeds from this event will be used to support library collections, with materials for all ages and formats.

Photos from the 2019 Sammy Awards Gala

The Jones Library proudly announces Ilan Stavans and Levellers Press as winners of the Seventh Annual Samuel Minot Jones Awards for Literary Achievement. A gala event, the Sammys, will take place on Thursday, April 30, 2020, at 6:00 p.m. at Converse Hall on the Amherst College campus to recognize and celebrate the award winners.

Now in its 7th year, the Sammys is Amherst's signature event honoring the community's remarkable and vibrant literary heritage. The evening will feature food and drinks provided by local artisans followed by a lively awards presentation. Past events have been remarkably successful, with more than 200 community members gathering each year to honor Richard Michelson and the Eric Carle Museum of Picture Book Art at a sold out event in 2019, Madeleine Blais and the Amherst Regional High School Theater Program in 2018, Cammie McGovern and Arthur Kinney in 2017, Polly Longsworth and Aaron Lansky in 2016, Julius Lester and Pat & Peter Schneider in 2015, and Norton Juster and Amherst Books in 2014. Proceeds from the Sammys provide considerable support to the Jones Library and its branches.

This year, the Sammy for local literary achievement will be presented to Ilan Stavans. One of today's preeminent essayists, cultural critics, and translators, Ilan Stavans is Lewis-Sebring Professor in Latin American and Latino Culture at Amherst College. He is a Mexican-American writer known for his insights into American, Hispanic, and Jewish cultures. Stavans's work is wide ranging, and includes both scholarly monographs and books for the general public. His recent books include the following: The Seventh Heaven: Travels through Jewish Latin America; Latinos in the United States: What Everyone Needs to Know; The Wall (a book of poetry about the Mexican border and borders elsewhere), and Angelitos: A Graphic Novel. Stavans is editor of several anthologies including How Yiddish Changed America and How America Changed Yiddish. He also edited The Poetry of Pablo Neruda and the 3-volume set of Isaac Bashevis Singer: Collected Stories. In 2002, Stavans founded the Great Books Summer Program, which brings middle and high schoolers to college campuses to read and discuss literary classics and contemporary authors from all over the world. As a sociolinguist, Stavans is known as a world authority in Spanglish, the hybrid form of communication that emerges at the crossroad where Spanish and English speakers interact. He has edited a dictionary of Spanglish words called Spanglish: The Making of a New American Language. In 2011, Stavans, as general editor, published The Norton Anthology of Latino Literature. He is also the publisher of Restless Books, devoted to translating the best contemporary literature into English and to giving immigrant writers a voice. Stavans’ work has been translated into twenty languages and been adapted into film, TV, theater, and radio. In addition, he has translated Emily Dickinson and Elizabeth Bishop into Spanish, Jorge Luis Borges and Pablo Neruda into English, Isaac Bashevis Singer from Yiddish, Yehuda Halevi and Yehuda Amichai from Hebrew, and Don Quixote, Hamlet, and The Little Prince into Spanglish. Stavans one-man play, The Oven, has been seen all over the country.

The Sammy for significant contribution to Amherst’s literary culture will be presented to Levellers Press. This independent book publisher was formed in 2009 by the worker-owners of Collective Copies, and since then has published well over 100 titles by Pioneer Valley authors and from around the United States. Levellers Press publishes literary novels and short story collections, poetry collections, and nonfiction relating to local history and progressive social thought. It gives a voice to many in our community whose works might not be suitable for other publishers, and has published many local poets. Impressive local histories include: Slavery in the Connecticut Valley of Massachusetts, by Robert H. Romer; The Jewish Community of Amherst, by Irving Seidman; You’ll Like It Here: The Story of Donald Viktus—Belchertown Patient #3394, by Ed Orzechowski; and Tall Trees and Wild Bees: Memories of a Childhood that Never Really Ended, by Stewart Coffin (about North Amherst).

In keeping with tradition, the Sammys is honored to feature the work of a local artist. Children’s author and illustrator David Hyde Costello has donated his talents to this year’s event. Costello is the author and illustrator of Here They Come, I Can Help, Little Pig Joins the Band, and Little Pig Saves the Ship, as well as the illustrator of A Crow of His Own by Megan Down Lambert. He created the cover illustration for Shelly and the Secret Universe, a book which exists only in the Wes Anderson film Moonrise Kingdom. With a background in theater as well as visual arts, Costello has painted scenery for plays and motion pictures including Amistad, Spider-man (2002), The Fighter, and The Heat. The first 100 ticket orders of one or more tickets will receive a signed and numbered print of Costello’s work.

About the Jones Library

The Jones Library's mission is to serve and inspire people of all ages and from all walks of life by providing multicultural resources for lifelong learning. An Amherst treasure, the Jones Library contributes to the educational and cultural landscape of the area. The Library provides adult, family, and children’s programs to the public, as well as heavily used community meeting rooms. The availability of resources to all, partnerships with area organizations, and numerous community events ensure that the Library receives almost 300,000 visits every year.

About the Samuel Minot Jones Awards for Literary Achievement

The Sammys are named for Samuel Minot Jones, the Library's first benefactor and namesake. Jones contributed the initial funding for the endowment that continues to provide a portion of the library budget annually. The Sammys are our way of honoring the legacy of Jones’s commitment to the community.

Over the past 6 years, the Sammys have brought in over $140,000 in support for the Jones, Munson, and North Amherst Libraries. All proceeds from the awards ceremony will be used to support library collections, purchasing materials in all formats and for all ages, with a special focus on enhancing our digital collections. Budget constraints this year mean that philanthropic dollars are even more critical for buying the library materials on which our community depends.

Sammys tickets will be available in February 2020 and can be purchased at the Jones Library or online at www.joneslibrary.org/sammys. Tickets will be offered at $75, $125, and $200, allowing people to choose their level of support for the Library’s collections.

For information on sponsoring this event or to volunteer, please contact Sharon Sharry at sharrys@joneslibrary.org.

Sammy Award Recipients from Past Years

Learn more about the distinguished individuals and institutions that have received Sammy Awards since our first gala event in 2014.

About the Samuel Minot Jones Awards for Literary Achievement

The Sammys are named for Samuel Minot Jones, the Library's first benefactor and namesake, who contributed the initial funding for the endowment that continues to provide a portion of the Library budget annually. All proceeds from the awards ceremony will be used to support library collections, with materials for all ages and formats.

For information on sponsoring this event or to volunteer, please contact Sharon Sharry at sharrys@joneslibrary.org.
Ask a
Librarian
Get News
Alerts
ESL &
Citizenship
Special
Collections
Museum
Passes
Friends of
the Library
[]