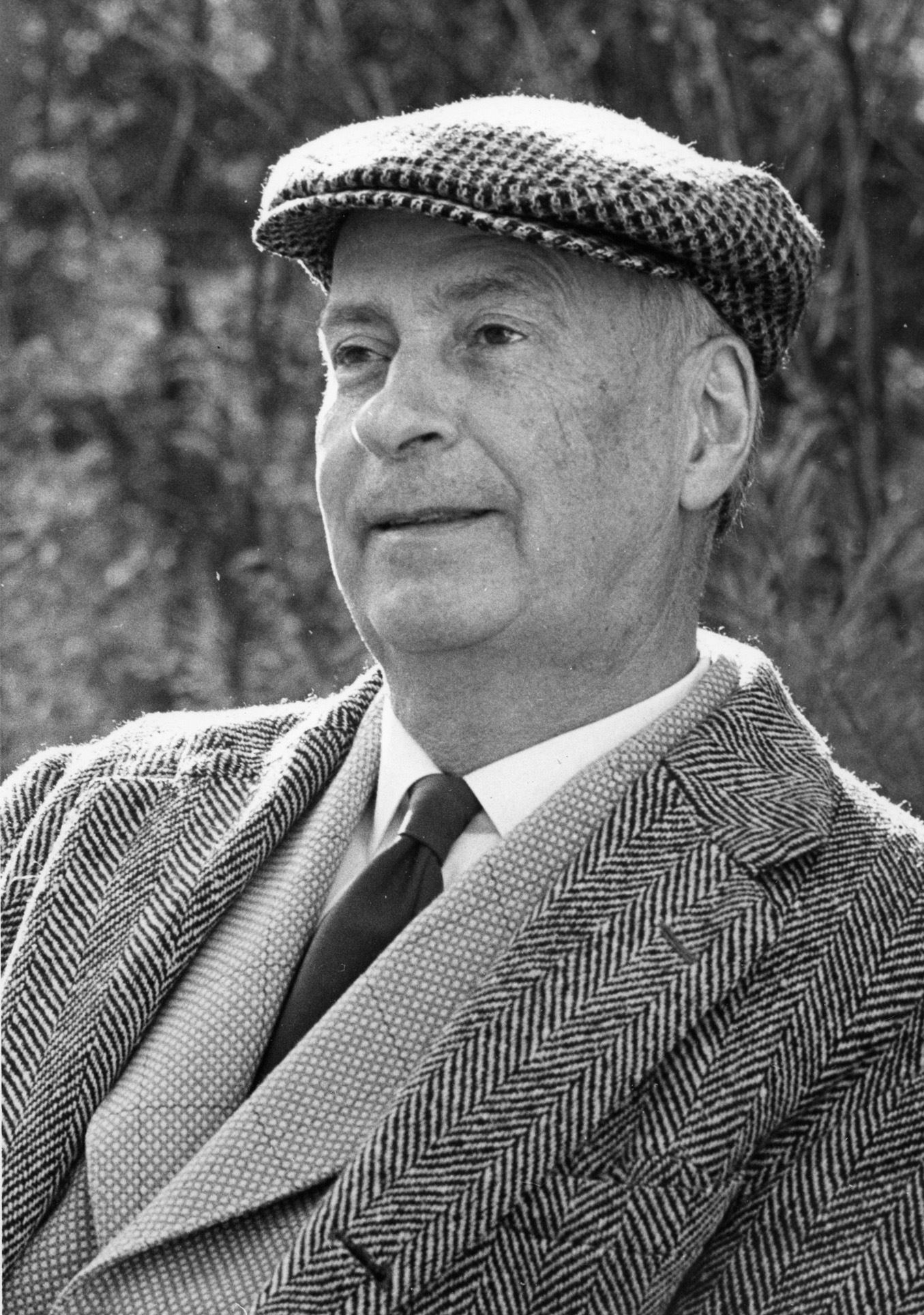 The Robert Francis Collection contains correspondence, writings, personal files, and personal effects from Robert Francis, a poet who lived in Amherst for 60 years. Most of this collection relates to his personal rather than professional life, and includes materials about his family, his life in Amherst and connection to the Jones Library, and his friendship with Robert Frost.
(Back to top)

Robert Churchill Francis was born on August 12, 1901, in Upland, Pennsylvania to the Reverend Ebenezer F. and Ida May (Allen) Francis. The family moved to Massachusetts in 1910, and in 1919 Robert graduated from Medford High School. He attended Harvard University, earning an A. B. in 1923 and an Ed. M. in 1926. Between these two degrees he spent a year teaching at Beirut University in Lebanon. In 1926 Francis moved to Amherst to teach high school English. The teaching job only lasted a single year; writing became his life's work. In 1940 he built his home on Market Hill Road, naming it Fort Juniper.

Robert Francis is best known for his volumes of poetry and his numerous contributions to journals and magazines. His first book, Stand With Me Here, was published in 1936. The last book to be published during his lifetime was Traveling in Amherst: A Poet's Journal (1986). Other writings include The Sound I Listened For (1950), Orb Weavers (1960), Like Ghosts of Eagles (1974), and Butterhill (1984). His Collected Poems was published in 1971. Francis was also noted for his essays, many of which appeared in Forum, Christian Science Monitor, Virginia Quarterly Review, Atlantic Monthly, and Massachusetts Review. The Satirical Rogue on Poetry, a collection of essays, appeared in 1968. An autobiography, The Trouble With Francis, was published in 1971.

Robert Francis was the recipient of numerous awards and honors throughout his writing career including the Golden Rose of the New England Poetry Club (1942-43) and fellowships from Breadloaf (1936), the American Academy in Rome (1957-58), and the Academy of American Poets (1984). He died in 1987.

During his life Robert Francis had a close relationship with The Jones Library. He was a constant patron, made use of a study on the third floor, and laid out an herb garden behind the building. He was well known in Amherst from his poetry readings at The Jones. Among these was his 85th birthday celebration held at the library, attended by a gathering of poets and other admirers. A memorial service after his death was held at the library. He frequently appeared on the WFCR radio series "Poems to a Listener," including the debut performance of the program in 1977.

The collection is open for research. The AV section contains audiocassette tapes, reel-to-reel tapes, VHS tapes, vinyl records, and audio CDs, many of which have been digitized.
(Back to top)

In 1991, the Trustees of the Estate of Robert Francis transferred his personal archives to The Jones Library, which included family letters and photographs, files on various subjects, and personal copies of his own works.

The Lovell Family correspondence was a gift from Bob Lovell in 1996. The Bill Arnold series was donated by Bill Arnold in 1990.

This is an active collection and new acquisitions may be added at any time.
(Back to top)

This collection was reprocessed in 2020 by Cyndi Harbeson and Katherine Whitcomb.
(Back to top)

Robert Francis Papers at Syracuse University
(Back to top)

This collection is organized into seven series:

Series 1: Writings (1926-1987, not inclusive)
Various articles, essays, manuscripts, and poetry written by Francis or about his works. This series includes two typewritten copies of his Masters’ Thesis: Expression in Violin Playing. The writings are organized alphabetically by type and then by title. Many writings are undated.

Series 4: Subject Files
This series contains files of materials collected by Francis on various subjects, and is arranged alphabetically by subject.

Series 5: Photographs/AV
This series contains photographs and audio-visual materials owned by or created about Francis. The photographs are first, and are arranged alphabetically by topic. The “Francis Through the Looking Glass” video series is housed in its own two boxes. The LP recordings are housed in a separate box titled “Audio Recordings” which is stored with other AV materials.

Series 6: Music
Three boxes of music for the violin. Francis used much of this music in his teaching.

Series 7: Bill Arnold
This series was donated to the Jones by Bill Arnold in 1990 and maintains the original order in which it was donated.