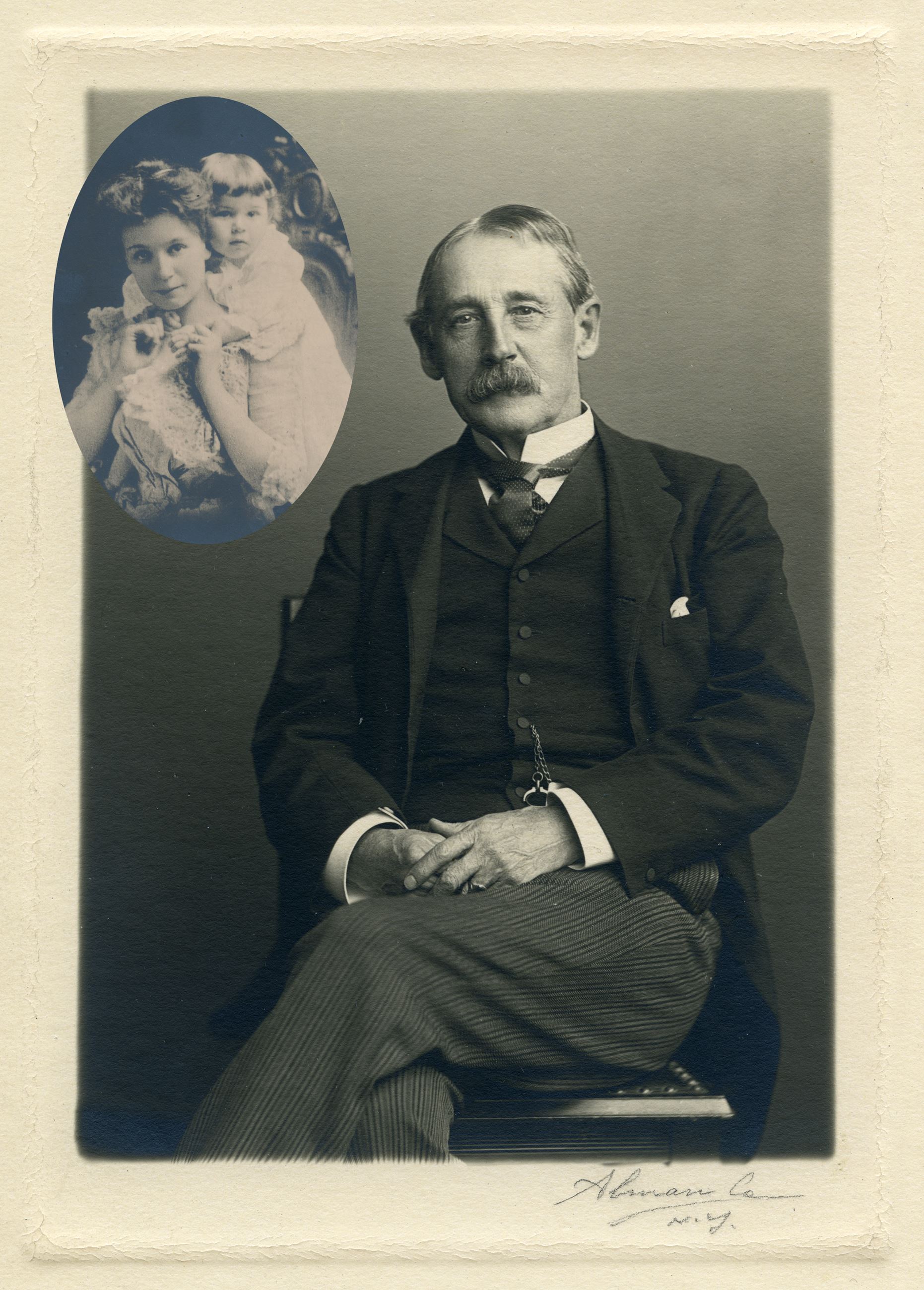 The Jones Family Collection contains photographs, letters, documents and memorabilia of Samuel Minot Jones, and of the Jones family of Amherst, Massachusetts.
(Back to top)

Samuel Minot Jones (1836-1912) was a Chicago lumber merchant, Civil War soldier, and philanthropist who founded the Jones Library in Amherst, Massachusetts. The Jones family included Thomas Jones (1787-1853), textile mill owner; his wife, Mary Hubbard Field French Jones (1804-1879); their son Samuel Minot Jones (1836-1912); their daughter Augusta Thayer Jones (1845-1884); Samuel’s wife Harriet Watson Stenger Jones (1873-1907); and Samuel and Harriet’s only son Minot Jones (1899-1918). Samuel’s father Thomas moved to Amherst with his wife Mary and their children after the 1837 failure of his mill in Enfield, Massachusetts. They built a new home on Amity Street and developed mills in North Amherst. This time the mills did not fail. The family prospered until the death of Thomas in 1853. Samuel worked at George Cutler’s dry goods store in Amherst to support himself and learn business. He soon decided to go west to earn his fortune, moving to Illinois and learning the lumber trade.

When the Civil War broke out, Jones enlisted in 1861 at age 25. After serving with distinction and taking part in two memorable battles, Pea Ridge in Arkansas and Stones River in Murfreesboro, Tennessee, where he was wounded, Jones resigned and returned to his mother’s Amherst home to recuperate. Following his recovery, Jones returned to Chicago to partner with Charles Barton in the lumber business. During the Great Chicago Fire in 1871, Jones’s quick thinking to hire two fire engines from outside the city saved his lumberyard, one of the few to escape destruction. His fortune secure, Jones retired to Morristown, New Jersey, in 1894. In 1898 he married Harriet Stenger and the following year a son, Minot, was born. Harriet Jones never fully recovered from the birth of Minot and died in 1907. Samuel Jones died five years later leaving the bulk of his estate to his son Minot when the boy reached 21, the age of majority. Unfortunately, Minot contracted influenza in an army training camp and died in 1918 at age 19.

According to the subsidiary clauses in the will and codicils of Samuel Minot Jones, the stocks and cash from the estate that would have passed to Minot were to be used to erect a free public library in Amherst to be named after him. The endowment amounted to approximately $660,000. The library was established as The Jones Library, Incorporated, by a special act of the Massachusetts legislature on March 21, 1919. The bill was signed by then-governor Calvin Coolidge. Thus the library came into existence.
(Back to top)


This collection consists of the will establishing the library, letters, deeds, and other personal papers of three generations of the family. Also included are photographs of the family and their residences. There is a considerable amount of family memorabilia in the collection.
(Back to top)

This collection is open for research.
(Back to top)


This collection was assembled by multiple individuals. Much of it was donated to the library by Jones family members and friends or collected by the Jones Library’s first director, Charles Green, and Samuel Jones’s biographer, Charles Walker.
(Back to top)

This collection was processed by Sean St. Marie in 2019.
(Back to top)

The collection is organized into 2 series:


Within each series, folders are arranged alphabetically by folder title, followed by memorabilia associated with the individual (if known).
(Back to top)

This series contains documents, letters, photographs and memorabilia of or relating to Samuel Minot Jones, a lumber merchant from Amherst, Massachusetts. Samuel was related to the Jones and Minot families of Amherst and Newfane, Vermont. Materials marked “FA” are housed with the Fine Arts Collection.
(Back to top)

This series contains documents, letters, photographs and memorabilia of or relating to the Jones family of Amherst, Massachusetts. Also included are letters to the Joneses and documents, memorabilia and information on the Jones and Minot families, primarily related to Samuel Minot Jones. Materials marked “FA” are housed with the Fine Arts Collection.
(Back to top)