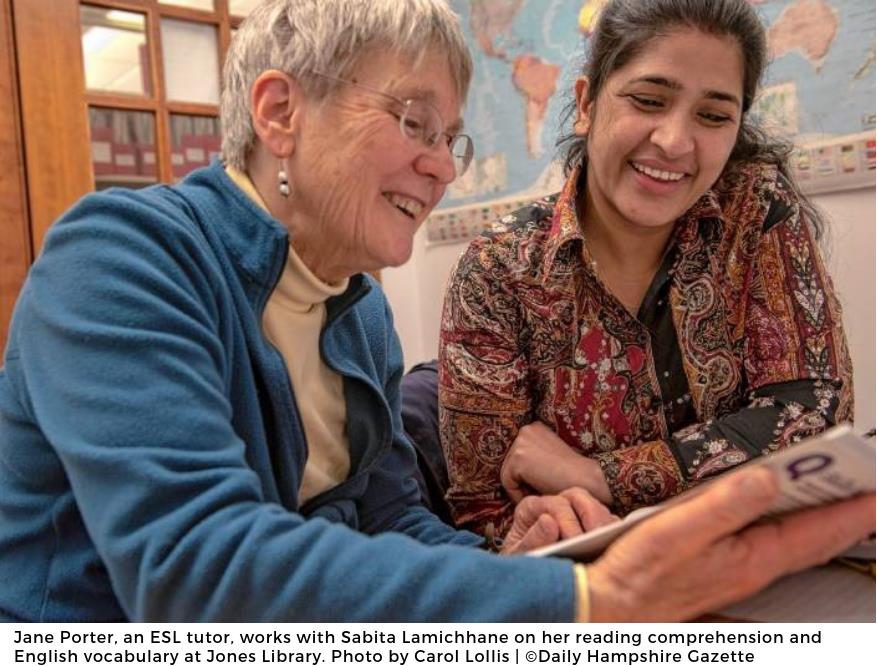 Excerpted from 'What to Read Now' by Marietta Pritchard (Hampshire Life, February 15, 2019)

Sabita Lamichhane was born in the countryside of Nepal and became a citizen two years ago. She doesn’t do a lot of reading on her own, she says, since she is too busy with her job at the University of Massachusetts Amherst, and with taking care of her family. But, as she tries to improve her spoken English with the help of an English as a Second Language tutor at the Jones Library in Amherst, she has been reading a lot to her 4-year-old son. Mostly her son likes stories about animals. “Daniel Tiger’s Neighborhood” is one. He had seen the video and then got interested in the book. Another favorite is “Peppa Pig.” Lamichhane buys the puzzles and toys that accompany these tales, but the little boy also wants to make his own stories and paintings. Her son, like many children of immigrants, is already able to correct his mother’s pronunciation. Says Lamichhane, “He tells me, ‘Mommy, not that way!’”

In Nepal, Lamichhane ran a business of her own, a grocery store. She finished high school and studied English there, but never really mastered it. Her husband’s English, she says, is much better than hers. At home, the family speaks Nepali, and Lamichhane also speaks Hindi.

The book that tops her son’s list is another animal story, but this time one with a real-world goal. “The Two Bite Club” encourages children to try foods from all of the food groups. As any parent who reads to a child knows, Lamichhane’s son wants his mother to read it over and over — and over. He just loves it. Lamichhane says she’s gotten so tired of reading it that she’s had to hide it. 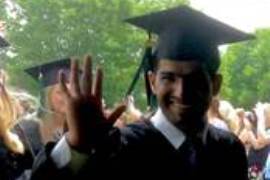 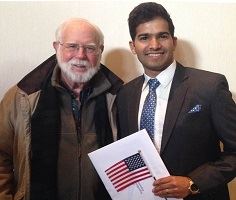 Mahendra Sapkota is a young man from Nepal who came here on the diversity visa lottery program in 2012 with no money, no family, and minimal English skills. For a few years, he worked 10-hour days in a restaurant in Colorado, and without access to classes, taught himself to speak English. He moved to Amherst because friends told him that he could get a job at UMass and attend community college at the same time — and so he did. He worked a full-time overnight shift, and met with ESL tutor Dexter Eldridge, who helped him prepare for placement tests and enroll at Greenfield Community College. On June 2, 2018, Mahendra graduated from GCC — with honors — and was presented with their "International Student Scholastic Achievement Award.” He has been admitted to UMass where he will continue on toward a degree in Computer Science. 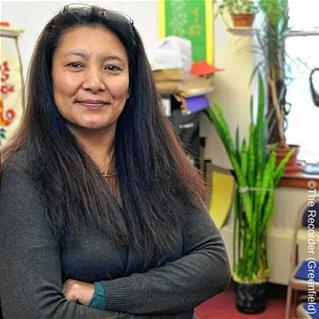 Tsultrim Dolma created an oral history with the help of Dan Georgakas, a volunteer with our ESL Center. The Greenfield Recorder published her work on June 10, 2016 under the title My Turn: Giving a voice to the voiceless in the Tibetan struggle for freedom. Read it here.

The Amherst Bulletin published Tsultrim's letter (Hope and a small patch of grass) on April 23, 2020. 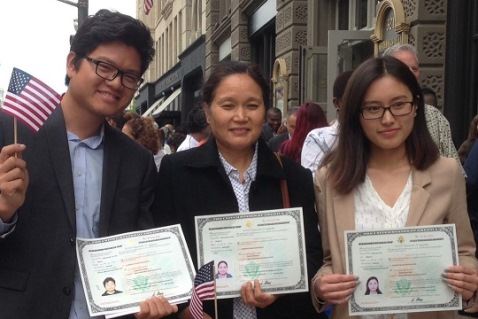 When Tashi arrived in the US, as a Tibetan refugee, she had no English skills, no formal education, and no work history outside of the home. Brought by a relative to the Jones Library ESL Center, she expressed some doubt about whether a middle-aged woman without literacy skills would be able to learn enough English to succeed in this country. She was paired with a volunteer tutor, a retired teacher, who began teaching her basic literacy and oral conversation skills. After several months, to her delight, Tashi was able to secure her first job, working in an agricultural lab at UMass Amherst. Eventually, as her English skills improved, she was able to switch to a higher-paying job at the University, and this enabled the family to secure a mortgage on their first home in the US.

When she had been in the US for four years, Tashi began working with a tutor to prepare for her citizenship interview. For 12 months, they worked intensively on US history & government facts, personal background questions, and dictation skills for the citizenship test. In the spring of 2015, Tashi passed the test on her first try, and was able to take the Oath of Allegiance along with her (far more educated) sons and daughter. She continues to study basic literacy and conversation skills with her tutor so that she may be less reliant on translation in her interactions at work and in the community.
Ask a
Librarian
Get News
Alerts
ESL &
Citizenship
Special
Collections
Museum
Passes
Friends of
the Library
[]